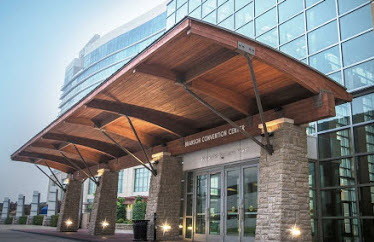 Related Topics:Featured
Up Next

ACO Official Rules for the Sport of Cornhole

American Cornhole, the world governing body for the sport of cornhole, held the ACO World Championships of Cornhole 17 in Branson, MO in July of this year. Videos are available for all the action. See video link in article.

The American Cornhole Organization World Championships of Cornhole featured the best cornhole players in the nation competing in a week-long festival of cornhole competition all culminating on Saturday when the King of Cornhole was crowned.

The Worlds was open to the public for viewing while offering backyard, social, and tailgating challenges allowing the public to compare skills against the pros.

The list of Championship Match finalists is as follows.

Upon entering the Channel the visitor is greeted with a featured video, followed by a newsworthy video that then presents organized playlists of ACO cornhole tournaments and events.

Playlists are arranged by event allowing the visitor to witness, as an example,  the World Championships of Cornhole Season 17 as one playlist rather than having to search for each ACO World Championship match individually.

This year the ACO added a Pro Series to 10 of its 30 plus ACO Major national tournaments. Because of the uniqueness of this ACO Series it also is set to a playlist. Visit:  ACO Cornhole – ACO Pro Series to see the results.

You can find and connect with American Cornhole Organization on YouTube simply by adding @AmericanCornhole to YouTube search.

About the ACO | American Cornhole, LLC

The ACO, American Cornhole Organization, will host its first Major Cornhole Tournament in Idaho the November 18th weekend. The event will be at the Mountain View Event Center in Pocatello as participants from the local community and out of state will compete.

The tournament which is free to the public for viewing, is open for registration for those interested in the chance to win some prize money and begins at 8:30 am. Friday and continues throughtout Saturday.

“We welcome any and all players of any and all skill levels to come out and be part of the event,”said Michael “Fin” Walter, the announcer of the ACO. “It’s a great chance to introduce yourself to the ACO family and for the family to get to know you. You will see world-class cornhole and have an opportunity to play alongside some of the best you have ever seen and those that match your skill level.”

Friday’s schedule includes the senior, womens, and juniors events, the coed event, and singles, and more. Saturday’s schedule includes the World doubles pool play, and World singles pool play starting at 8 am., among other events. Walter explained there is a $5,000 minimum guaranteed prize purse that will be split over the major divisions, along with trophies and payouts for several of the events.

This tournament is also one of over 30 points-earning American Cornhole Majors held over the nation, he added, and points that players earn here will go toward qualifyingfor for the ACO World Championships of Cornhole in July of 2023.

“Idaho is a state that has been underrepresented,” Walter said. Frank (Geers) our fearless leader, has gone to different sports conferences and he has been able to fill in some cities that make it more convenient for players that are involved or want to be involved to be part of our tournaments. We are excited to get into new cities like Pocatello.”

The opportunity to bring in an organization of this size has been a goal the Mountain Center has pursued for several years, said Raul Cano executive director of the Pocatello-Chubbuck Autorium District and the MEC.

“This is something we have never had in the community,” Cano said. “Itis a big deal because it is a large organization that puts on events throughout the country.”

About the ACO | American Cornhole, LLC