There’s no debate among gamers that chess is more difficult than checkers. Likewise, metaphors can generally convey truths and concepts sometimes better than traditional planning models. Here’s a little episode from my childhood that may help you discover the business you’re really in.

One day our dorm matron, Sister Lucette, brought out a board with 64 alternating colored squares. She didn’t describe it as a checkerboard or a chess board, just a board. She told us that this board represented the universe. She paused and then quipped this pithy platitude, “There are only so many moves on the checkerboard that once you’ve learned them, that’s it.”

Ok a checkerboard. Got it. She placed two sets of different colored checkers on the checkerboard, twelve for each side and then began addressing the rules of engagement and the goal of winning the game. It didn’t take long to realize that crossing the board to be crowned king was the ultimate expression of adolescent testosterone as we all shouted, “King me!” Often, we’d play checkers during our daily free time and before bed.

After several months, Sister Lucette brought out another board with 64 alternate-colored squares. It looked the same as the checkboard, but this time she called it a chessboard and showed little pieces that appeared to be miniature statuettes of saints. Upon close examination, they were little Medieval statutes representing different levels of status. I quickly realized how the queen held the real power. The powerful phrase of “King me,” quickly gave way to “God save the queen!”

Playing chess versus checkers in your business
The vast majority of annuity and life insurance agents that are in the retirement space are income strategists, not comprehensive retirement planners. And, a great percentage of security licensed and RIAs are asset gatherers, not comprehensive retirement planners. Very few from either group expand beyond their niches. When your moniker in the marketplace promotes income strategies, you’re playing checkers. When you advertise yourself as an asset manager, you’re playing checkers. But, when you position yourself online and in your community as a full comprehensive planner, you’re advertising yourself as a chess player.

The public doesn’t perceive the difference between a single solution purveyor and a financial professional offering a comprehensive retirement plan. Of course, these sales approaches are anything but a retirement plan. It’s simply a one-off strategy, generally uncorrelated with the rest of a client’s retirement. As an example, an asset gatherer should be concerned about the tax consequences of a trade as it affects Social Security benefits. Just as a lifetime annuity producer should care about asset liquidity and not just income you can’t outlive? Both financial professionals are playing checkers, but their uncoordinated moves are affecting other areas of a retirement plan.

A case in point: At a seminar a 65-year-old attendee exclaimed in the meeting that he was ecstatic about dumping his $1,000 a month high deductible plan and getting on Medicare for $135.50 a month. But he didn’t realize until he met with us that his high income would be means tested over the prior two years and his monthly Medicare bill would be $961 a month for both him and his wife for the next two years. His tax accountant didn’t mention it. His asset manager didn’t bring it up. His insurance agent didn’t say anything. His estate tax attorney didn’t warn him. All these financial professionals were acting in their own areas of expertise. The attendee was infuriated. Had he known these consequences two years earlier, he could have deferred his unnecessary income into the future and spread it over time, thus escaping the punitive premiums of Medicare means testing.

It takes time to learn how to successfully play chess. It’s more than simply learning the operation of individual pieces. It’s learning coordinated strategies and tactics. The same is true of comprehensive retirement planning. It may be time to put away the checkers and replace them with the big boy pieces. 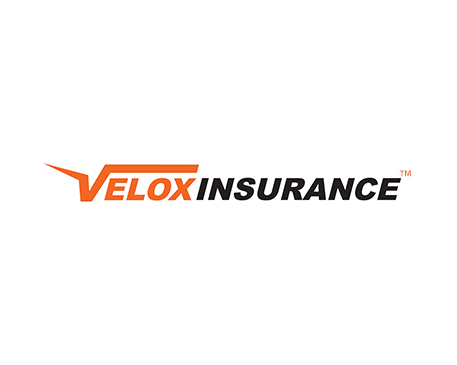 Visit Velox Insurance today and enter your information and find the low rates you deserve. Or call our office in Georgia at 770-293-0623 or our office in Florida 813-425-5115 and speak to one of our live agents.

Visit Velox Insurance and enter your information on the website and get the quote you deserve and make the switch today.

Since 2003, we have been serving our communities around Atlanta, GA with affordable insurance.   In 2007, we rebranded our business as Velox Insurance. Velox Insurance, Inc was established with the goal of providing competitive rates and superior customer service to meet insurance needs of our customers in the Southeast.

Our commitment to excellence in providing affordable coverage and value to our customers has propelled our growth to 9 states and 40 locations  throughout Georgia and Florida.

At Velox Insurance, we understand that your time is valuable, so we strive to provide reliable, fast service and to obtain the best coverage at the lowest price for your vehicle, property and business insurance needs.

We are able to accomplish these goals by partnering with dozens of major insurance companies, which allows us to select the appropriate coverage at the best rate in just a short few steps.

We are also focused on making the insurance shopping experience as convenient and easy as possible for our customers.

With this goal in mind, we created an online platform for our customers to get a quote and purchase immediate coverage online in a matter of minutes. This platform has allowed us to expand to  Alabama, Arizona, California, Florida, Indiana, South Carolina, Tennessee and Texas.

At Velox Insurance, our business philosophy is to continuously evolve to meet the needs of our valued customers. Our mission is to deliver peace of mind at a great value and to provide a world-class customer service experience. 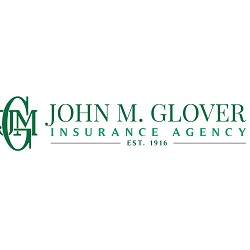 Norwalk, Connecticut (findit ) January 20, 2021 – JMG Insurance, a Norwalk specialty insurance agency, offers readers some valuable information regarding how much contractors insurance costs. The new article is guided by the insurance experts at JMG who have extensive experience helping clients find the perfectly priced plan for their needs. They have designed this new article to help readers get a better idea of what factors will affect the cost of contractor’s insurance the most.

JMG Insurance offers readers some valuable information that explains how to calculate what the cost of contractor’s insurance may potentially be. In the article, they explain what contractors insurance is before getting into the things that affect their cost. Some of the factors they go over include the number of employees, the types of contracting jobs, the risks associated with services, and others. They hope that this article will help contractors searching for insurance understand what to expect while also demonstrating the importance of working with experts.

While this new article focuses on explaining how to calculate the cost of contractor’s insurance, JMG’s website offers visitors more information regarding their team, experience, as well as a full list of service offerings. JMG offers personal, business, and specialty insurance that helps clients get the protection they need at the best possible rate. They offer thorough insurance plans for business owners, contractors, errors and omissions, general liability, group benefits, construction companies, and more. Their agency was built on the principles of providing superior customer service and quality insurance solutions for their clients, and they work hard to uphold these values. Their team strives to make the insurance process as simple as possible for every client.

With the addition of this new article, the team at JMG hopes that contractors will have a better understanding of what factors will affect how much a comprehensive insurance plan will cost. For more information, reach out to the qualified contractor insurance experts at JMG today at 1-844-304-7332 or visit their website at https://jmg.com/. Their offices are located at 29 Haviland Street in Norwalk, Connecticut 06854.

Students that are living paycheck to paycheck and struggling to make ends meet as a result of their past due student loans can apply for available student debt relief programs with Freedom Loan Resolution. We our a group of experienced student loan debt counselors that know and understand the situation that you are in and we are here to help you apply for the right debt relief program to meet your needs.

Oftentimes, juggling mandatory living expenses such as housing payments, car payments, utilities, and food and credit card bills, there is not enough money left over to pay your student loan debt. Moreover, when you are in a financial hardship, struggling to make ends meet, it can be difficult to figure out the best course of action for your student loan debt. Let us help you apply for the right debt relief program that will help you get the debt relief that you need so you can move forward on the right financial path.

Our student debt counselors are extremely experience and know and understand the situation you are in. With several types of programs available to borrowers right now, we will help you get the relief that you need. You may be eligible for: student loan forgiveness, income based payment plans, and federal student loan consolidation and we will help determine which program you qualify for and is best suited to your needs.

Global WholeHealth Partners Corp (GWHP-OTC) has Signed an Agreement With Dr. Vu Le to be the Medical Director for the CLIA WAIVED Mobile Laboratory